6 of the Strangest Personal Injury Claims

Personal injury claims began with the 1932 case of Donoghue v Stevenson, where Ms Donoghue drank Ginger Beer with a dead snail in the bottle causing her to fall ill. Since those days all sorts or weird and wonderful personal injury claims have found their way into our courts. Here are six of the best. 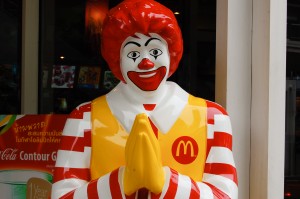 As with most strange personal injury claims this most famous of lawsuits originates in the United States. Back in 1994 a 79 year old American woman who spilt a McDonald’s coffee over herself was awarded nearly $3million by a New Mexico court. The elderly lady was in a car when she opened the lid of the coffee cup to add milk and spilled the scalding contents over herself.

Contrary to what was widely reported at the time, however, the car was stationary and she was sitting in the passenger seat. She suffered 3rd degree burns over 30% of her body and was hospitalized for eight days, having to undergo significant skin grafting. McDonald’s admitted that their coffee was being regularly served at unusually high temperatures of between 82 to 87ºC.

In 1998 an Edinburgh maths teacher was awarded £55,000 after slipping on a chip in the school canteen. The Judge stated that she could not have spotted the chip because of the colour and pattern of the tiled flooring.

Aileen Gilmour, 62, strained her knee and was not able to continue teaching. She had been carrying 33 jotters and a handbag when she took the tumble. After her fall warning signs were erected to guard against the dangers of chip slippage.

In 2005 a trespassing teen from Merseyside won £567,000 compensation when he fell through the roof of a private property and suffered a serious head injury. Carl Murphy, 18, got the bumper pay day after plummeting 40 feet to the floor of a warehouse after breaking into the property with friends.

Astonishingly, his family blamed the fall for his subsequent bad behaviour after he went on to be expelled from two schools. Speaking to the Telegraph at the time the charming youth could only say “I deserve this money and I don’t care what anybody says about me. This money is mine now and I’ll do what I want. I don’t care about anyone or what they have to say about it.” 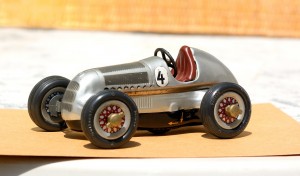 Cathy McGowan, 26 from Derbyshire was delighted when a radio DJ told her she had won a Renault Clio in a phone-in competition. When she arrived at the station to collect her prize, however, she was stunned to be presented with a 4 inch model of the car. Upon taking them to court a judge ordered the radio station to pay her £8,000 for a real car.

‘I took action because of the principle,’ she added. ‘It was a cruel thing to do –to let someone become so excited and let them down like that.”

The DJ was sacked the day after the fiasco and the radio station was brought before the Radio Authority for breaching their rules regarding competitions.

Back in 2007 a Liverpool primary school teacher received a £14,000 compensation windfall after falling off a child’s toilet and dislocating their hip. The claimant insisted that they were entitled to the pay-out because it had not been made clear that the tiny toilets were not designed for adults.

The claim for compensation was backed by the National Union of Teachers who refused to release the identity of the claimant. The case garnered controversy as the pay-out came not from the council but from the school’s own yearly  budget. 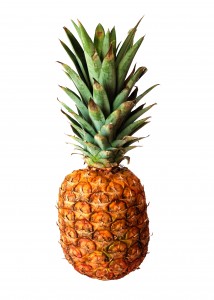 In 2008 former policewoman Tracey Ormsby, 37 from Paisley demanded £1.5million compensation after being hit by a pineapple during a protest. The judge decided though to slash her pay out to just £3000 after determining that she had greatly exaggerated her claim.

Lord Malcolm was told Ormsby yelled “ker-ching, I’m in the money,” when she was diagnosed as suffering from post-traumatic stress disorder. Also despite her insistence that her illness had left her a shut-in she had actually been splashing out on holidays throughout Europe and Australia  .

If there is a moral to these stories it is that no matter how unusual your personal injury claim may seem, if you have suffered as a result you should consider making a personal injury claim. Get in touch with Carr & Co Solicitors today to find out how we can help you.