“Can I claim if I wasn’t wearing a seatbelt?” and 6 more commonly asked road traffic accident questions

Being involved in a road traffic accident can be a particularly traumatic experience. As well as the emotional and physical impact there is a lot of confusion out there regarding who is entitled to make a claim and who isn’t. In this article we will be answering some of the questions we are most frequently asked by our road traffic accident clients. 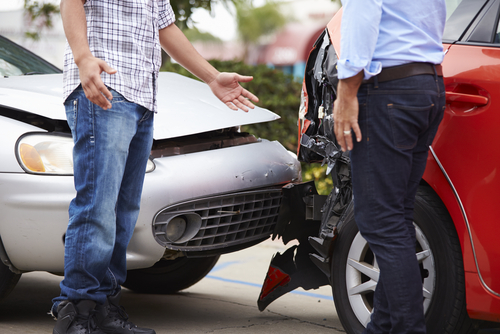 What Should I Do After A Car Accident?

After an accident it is wise to call the police even if there is no obvious damage to the vehicles involved. If someone is injured in the crash then you are obliged to inform the police within 7 days. This is so an official police report can be made which may prove useful during future disputes and in filing a successful compensation claim.

You should also make your own notes about the accident as well as taking photos if possible of the vehicles and any injuries sustained.

After the accident keep a record with receipts of all expenses incurred relating to medical care, lost income and all other miscellaneous costs.

It is wise to avoid discussing blame with the other party at this stage. It is not uncommon to find that things said out of politeness or panic at the time come up again during proceedings as an admission of liability.

Can I make a claim if I wasn’t wearing a seatbelt?

Although wearing a seatbelt has been a legal requirement for UK drivers since 1983 it is still possible to make a claim as long as the other driver was responsible for the collision. There may be a reduction in the amount of compensation that you receive but the other driver would have to prove that there had been contributory negligence on your part.

The case of Froom v Butcher in 1975 set a precedent for all future disputes. Lord Denning MR decided the following:

Can I make a claim if I have been hit by an uninsured driver?

Driving without insurance carries a maximum fine of £5000 and six to eight penalty points added to the offender’s licence. Despite this there are over 1 million uninsured drivers on Britain’s roads today.

If you are hit by an uninsured driver then they should be personally responsible for the costs of all damages. Chances are though that the other party will be unable or unwilling to pay.

In cases such as this you may be able to apply to the Motor Insurers’ Bureau for compensation.

The Motor Insurers’ Bureau was set up in 1946 to compensate victims of accidents caused by uninsured drivers. They handle over 20,000 claims against uninsured motorists every year and are funded through the policy premiums of insured drivers.

The Motor Insurers’ Bureau advise that you report an incident to them within 14 days or within 5 days if there has been a serious injury.

Can I make a claim if the other vehicle can’t be traced?

If you are involved in a hit and run incident or the offending party provided false details tracking them down can prove difficult. Even if the other party refuses to provide their personal details as long as you note their registration number the DVLA or the police will be able to help you track them down.

If you weren’t able to make note of the vehicle registration you can make an application for compensation through the Motor Insurance Bureau although the process is different than if you were hit by an uninsured driver. 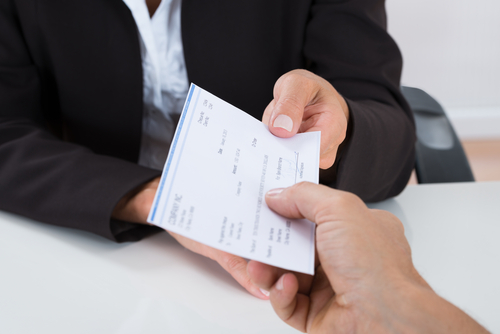 Can I make a claim if I was a passenger in the car that caused the accident?

A passenger can make a compensation claim much in the same way as the driver can.

It is important to remember that passengers as well as drivers can suffer greatly as the result of as road traffic accident. They almost always bear no responsibility for the collision yet their injuries can often be the worst.

If you are a passenger in a car responsible for the collision the thought of making a claim against them may be unpleasant, particularly if you know them well. Take into consideration though the time off work, hospital bills etc. and it may appear more of a necessity.

You may come up against difficulties however if you know the vehicle was stolen, that the driver didn’t hold a valid license, or the driver was over the legal alcohol limit.

Do I have to use my Insurance Company’s Solicitor?

Why should I use a solicitor to help me claim compensation?

It is important to remember that the insurer’s solicitor will be most likely be looking out for the interests of the insurer and not the injured party.

With the support of an independent solicitor the insurance company will not be so quick to tempt you with a dismal pay-out.

Car insurance companies encourage accident victims to accept speedy settlements rather than allowing the case to drag out over a long period. This means that most people end up accepting compensation that is much lower than the true value of their claim. The Financial Services Authority estimates that claimants on average double or triple their compensation if they consult a solicitor.

At Carr & Co Solicitors we offer free no obligation consultations for road traffic accident claims. We work on a no win no fee basis so you have nothing to lose and everything to gain.

Speak to a solicitor today by calling us on 0191 284 0363 or by filling in the contact form on our site and letting us know a convenient time to get in touch.