This week we are continuing our ‘Meet the Team’ series where we get to know some of our team members at Carr & Co Solicitors. Today we’re sitting down for a quick chat with the newest paralegal to join our team Caitlin Scott who works at our Morpeth office. 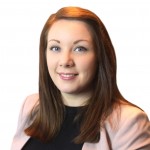 Which areas of law do you deal with?

What made you want to pursue a career in law?

To help people and to have an opportunity to listen to their stories. I like helping them through any issues or problems that they are having and if possible resolve them.

What is your favourite film and why?

Mary Poppins. I’ve watched it since I was little and its just happy and fun. I recently watched the new Saving Mr Banks film and it made me like Mary Poppins even more. You’ve got to love a good musical!

What is your proudest professional moment?

I’ve only been graduated a year so I don’t know if I have one yet. Getting to work in the profession that I studied for has been a pretty big high so far.

What is your favourite novel and why?

One I read recently is called The Girl On The Train, which is being made into a film. Its about a girl who loses her job but wants to keep up appearances so she continues to get the train into London every morning. Its written from a split perspective and almost like a diary. Its really cleverly written and one of those books that you just can’t put down.

If you could try any other job for a week what would you do?

I would quite like to work in a prison. I worked for a year in a drug and alcohol rehabilitation service in the police cells. People who go to prison are often dealing with a lot of issues that get swept under the rug. I think I would quite like to do that and try to help those people.